How do the cities of Mannheim and Ludwigshafen look abstract? This is what the Mannheim based gallery Sebastian Fath Contemporary will be showing from March 6. Until April 11, objects by the Japanese artist Ken'ichiro Taniguchi will be on view, who has intensively studied the two sister cities for his exhibition.

With his works, Taniguchi, born in Saporo in 1976, translates two-dimensional forms into three dimensional sculptures in a technically complex process. The exhibition „Hecomi & City Study #42“ shows so-called Hecomi-works, which translated means crack or depression. In fact, Taniguchi's sculptures are based on signs of decay in urban space, such as cracks in asphalt or furrows in walls. In a first step, the artist traces the outlines of the crack and transfers this drawing onto a usually bright yellow PVC sheet, which is then cut out. In the second step, this static surface is transformed into a three-dimensional form: By dividing the surface and adding joints and hinges, the form is folded and layered. The result is a complex structure that can be moved.

For the exhibition at Sebastian Fath Contemporary, Taniguchi, who has lived and worked in Berlin for many years, has intensively studied Mannheim. Various Hecomi versions can be seen, based on cracks on the floor in front of the Christuskirche, built in Art Nouveau with neo-Baroque echoes, just a few meters away from the gallery. Taniguchi has also created a work of art whose basic form is based on the urban floor plans of Mannheim and Ludwigshafen. The sculptures are accompanied by photographs that on the one hand document the creation process and on the other hand show the so-called fitting, the insertion of the still two-dimensional PVC surfaces into the cracks. 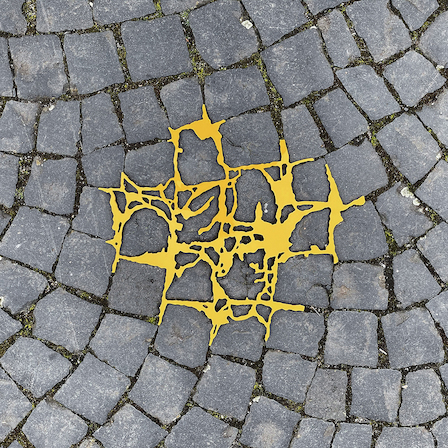 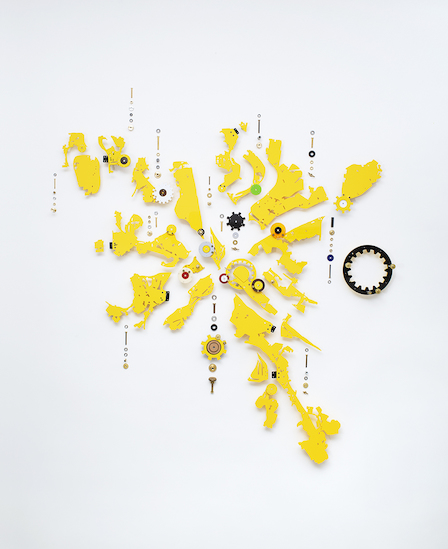 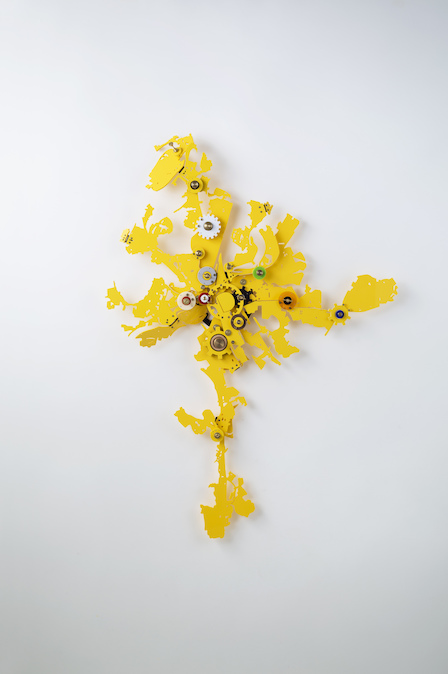 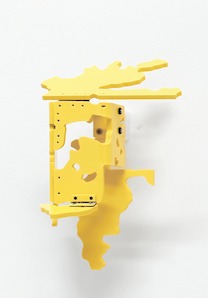 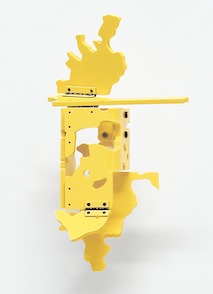 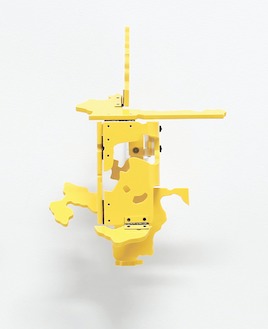 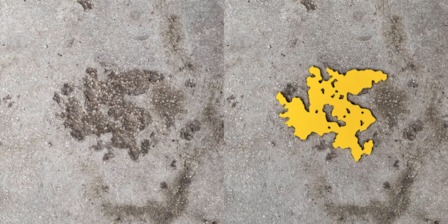 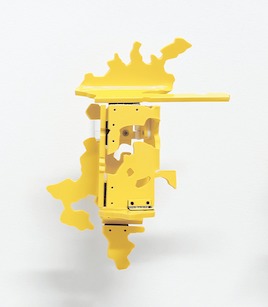 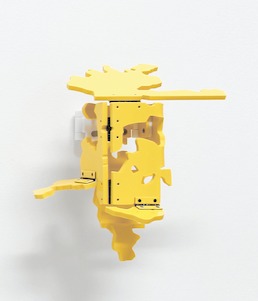 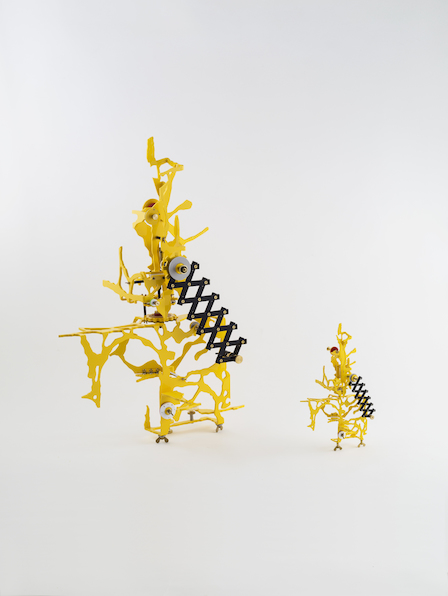 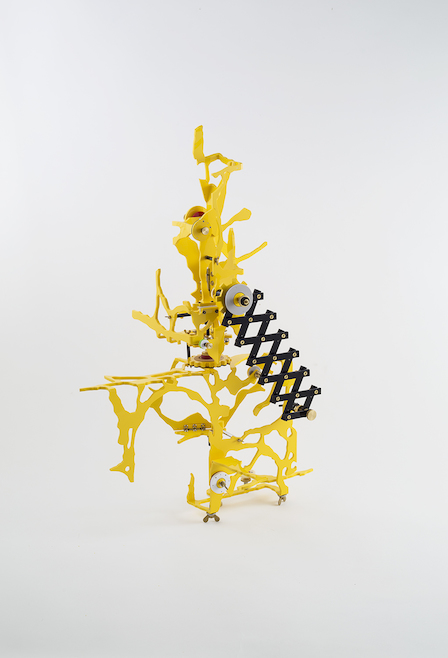 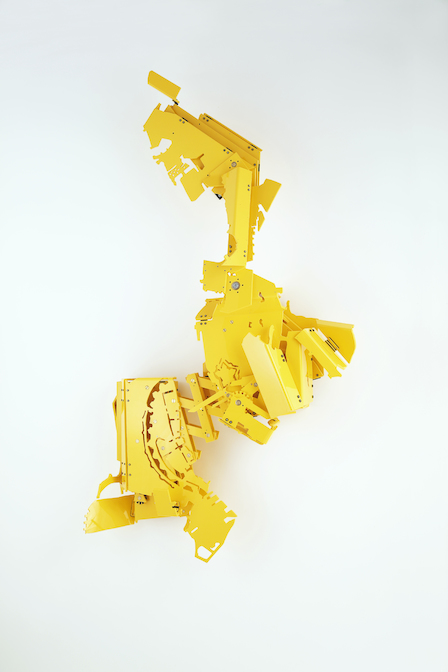 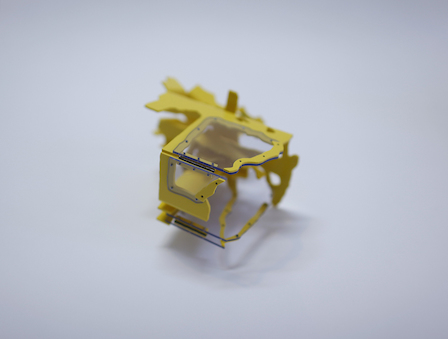 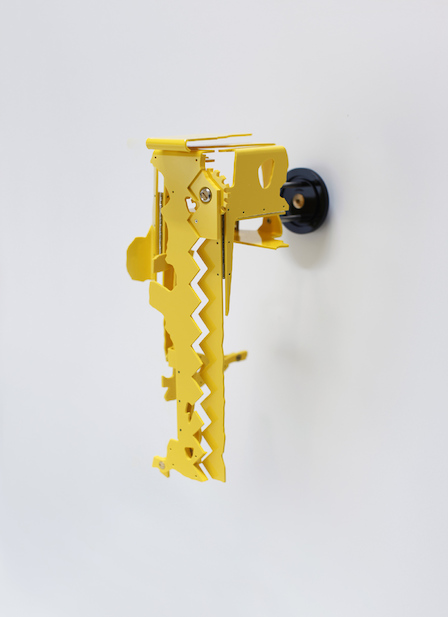 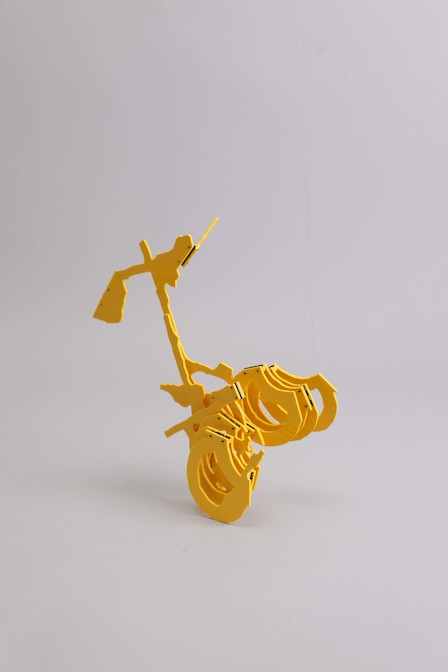 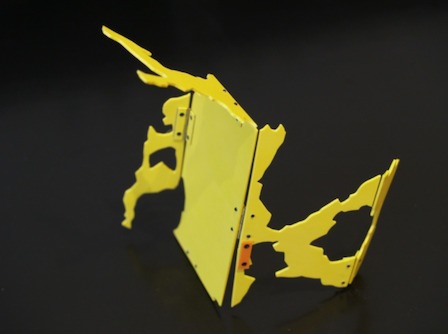 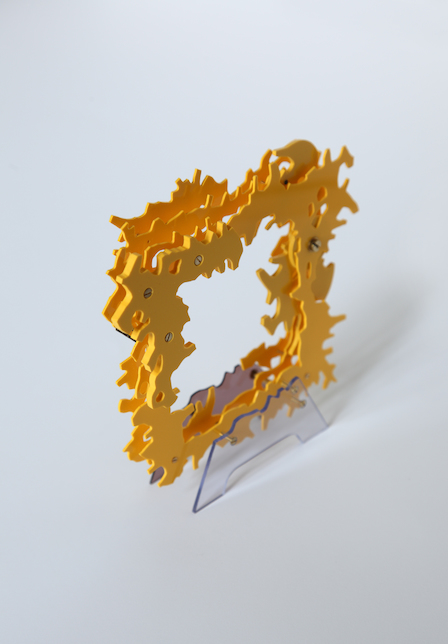 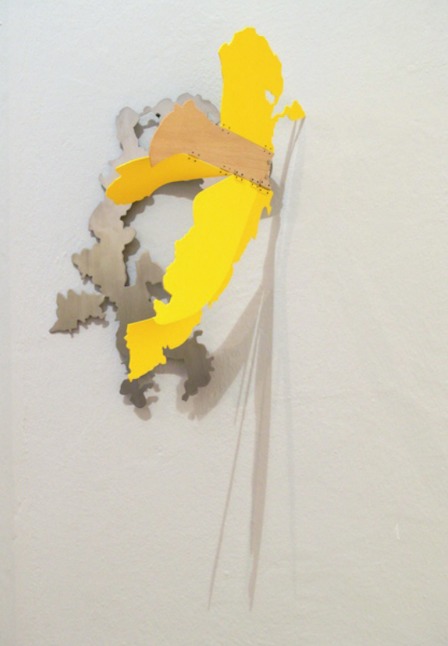 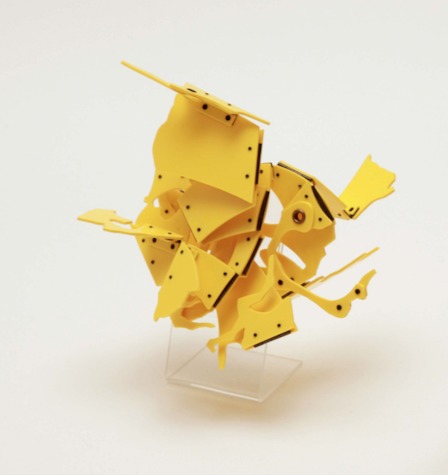 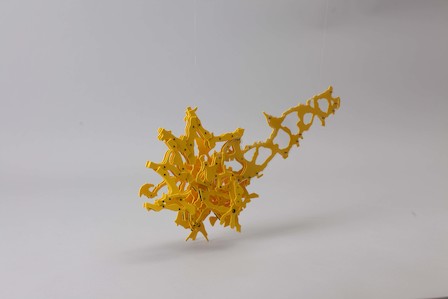